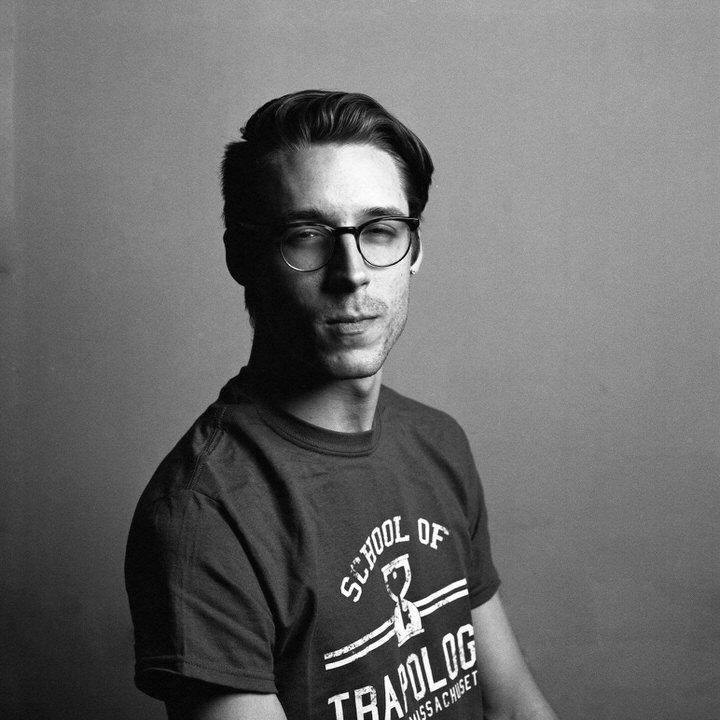 Trapology is full of lively characters and Mike fits well into that category. He’s full of smiles and jokes that he shares with staff and customers alike — yet is also full of sass, (but in a loving kind of way) and we wouldn’t have it any other way.

Mike was born on a chilly November morning and came into this world ready for action.  Growing up in Webster, Massachusetts, his education journey took him into Boston. There, he graduated from Wentworth with a degree in Industrial Design and we expect nothing but great things for Mike with that cool of a degree. He found Trapology while still a student and was the perfect fit for this ragtag team of Game Masters. Prior to his time here, he interned at Hasbro and Fisher-Price — and as much as we think it was cool that our dear Mike made your toys, we’re also happy that he’s here at Trapology to help out with puzzles instead.

You can often spot Mike making doodles in the control room or designing various things for Trapology. Safe to say we can add design and drawing to the many skills he has. Mike also writes many of the blogs (minus this one), so we can assume he did well in English class. In his downtime, Mike likes to spend it watching movies and playing games with his buddies (including other trapology members). We can confirm that the fun guy at Trapology is the same fun guy out in the real world.

As a Game Master, he is patient, quick on his feet, and always ready with a clever clue. Mike also helps with many things at Trapology and you might notice him bouncing around making sure they get done. On most days you can spot him sporting a nice dark jacket over his Trapology shirt and his Tasty Burger Hat that was previously mentioned (he’s not actually guilty about his hat, but we feel like he should be based on the number of times he wears it).

All and all, Mike is a great team member and would be more than happy to host any team that is willing to have him. If Mike sounds like the cool Game Master you are looking for, click here!