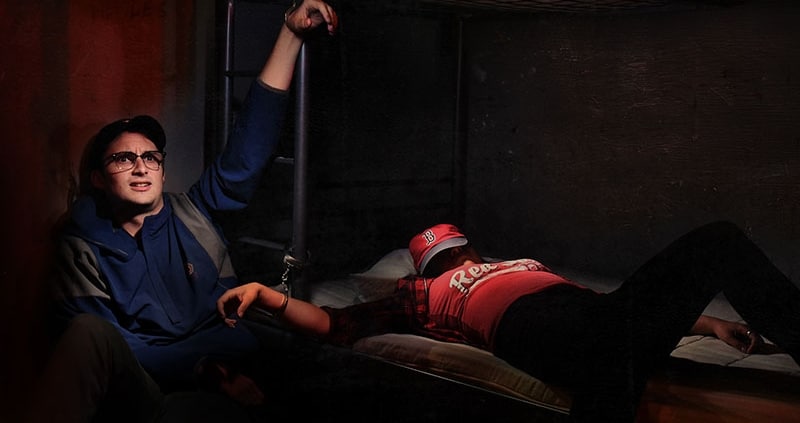 Is it your first time playing a Boston escape game?

Don’t worry. Our team here at Trapology Boston has encountered every type of player you can think of! We’ve seen teams who have never played an escape game before and teams who have played over 300+ games together.  We’ve put together our “best foot forward” guide for escape games for you to enjoy.

Let’s review some of our favorite tips on how to beat escape rooms. Escape rooms are difficult. That’s the point, most of the time.  Trapology Boston’s games are designed to be the most challenging rooms in the city. But there are some simple things you can do to make it easier and more enjoyable for you and your team, and we’re taking this opportunity to share those things with you!

How to beat escape rooms!

Talk about what you’re finding in the room and what you think you have to find.

Communication is key, and this one will either make or break your team fundamentally when it comes to how to beat escape rooms. Ideas will be flying left and right while doing an escape room. If you don’t share your ideas, the whole team loses out on a potential solution or clue that can push you forward.

We once had a player. named Brandon in our most challenging room, Crush Depth who solved a puzzle without telling anyone in his team.  The team continued to look around and try to solve the puzzle for what felt like hours. Eventually, he finally realized his team was working on the same thing he solved and let them know.

Make sure to communicate what you have solved to your team so that others aren’t attempting puzzles that have already been finished!

Look through every inch of the items and fixtures in the room.

Clues are hidden everywhere in the room, it’s your job to figure out how to use them in order to learn how to beat escape rooms. You’re going to need to look around, inside, behind, underneath, and besides everything to find the clues to your escape. Just when you think you’ve searched everything, a secret door is going to pop up and open a whole new puzzle to you.

Be a detective! We’ve seen countless players walk right past a desk drawer and not bat an eyelash.  “I didn’t even know that opened” is a common phrase.

Colors. Shapes. Symbols. Fonts. Content. they’re all important. Keep an eye out for them.

Trapology puzzles are built on logic and analytics, and deeply rooted in the story. How would you solve this problem if you were this character?

Keep a centralized area for solved, unsolved and unused clues

Keep your clues and puzzles organized. This is a particularly important tip to remember when it comes to how to beat escape rooms. Escape rooms are designed to be multi-room, large, immersive experiences which makes it very easy to misplace your clues.

– Do not ever put things in your pocket, it’s a black hole. “Where did that key go?” Steve says sadly as the clock ticks down to zero.  There is no loss that hurts more than the loss of a misplaced item. Don’t let disorganization lead to your team’s demise.

Keep an eye on the clock

How to beat escape rooms?  You are required to get out before your time is up! This will be the fastest hour of your life. Escape rooms are known to have multiple rooms, hidden compartments, and surprises around every corner.   If you feel like your group is taking too long on a puzzle, you probably are!

Our twitch stream of Escape Lab would be a lesson in extreme time management.

What feels like 5 minutes could be 20. Time flies when  you’re having fun

Don’t be too stubborn to use hints

Puzzles are designed to be tough and push your problem-solving skills to the limit. Hints are perfect for when you’ve been stumped for a while and don’t see yourself making any progress. This one goes without a doubt as one of the best methods on how to beat escape rooms

When a team refuses to ask for help, it breaks their game master’s hearts. Often times walking by the control room you can hear “PLEASE JUST ASK FOR HELP!”

Don’t overthink the puzzles. These games are designed for everyone, not just PhD students.

If you’ve gone over 10 minutes without solving a puzzle, it’s time to use a hint

Hint’s aren’t cheating! These games are designed to bend your mind. It’s okay if you need help

If there’s anyone who knows how to beat escape rooms, it’s your game master. While each GM has their own style, they all share the common goal of wanting to get teams out of the room. Whenever we give you a hint it’s always to help progress you further.

One of our favorite stories is about a team that would all shout “please” and “thank you” before and after every clue. We can see and hear everything, so common courtesy goes a long way!

If you receive a seemingly obvious clue, reflect on why you’re being told something you’re already aware of. You probably just need to try a different approach or fill in some missing pieces.

Don’t be mean! There’s a person on the other side of that camera.

Escape rooms are made to be fun and immersive regardless of whether or not you get out, and we genuinely want you to have fun for as long as you’re in there. Brains are always a good thing to have, but sometimes you need that light-hearted goofball to keep things exciting!

How do I play an escape room?

You are going to want to assemble a team of comrades, pals, associates who have the skills and enthusiasm to bring you (and the rest of the team) to greatness. First things first, you need to open your mind to all the possible challenges that could await you inside of a highly immersive, generation 3 escape game. There is going to be quite a lot going on, and you need to be prepared. There could be puzzles that will test your physical strength, your heart, and even your 6th grade-level math abilities. Sounds like a lot of balls in the air, doesn’t it? That is precisely why it is so important to choose people for your team that you know might have a talent that you can exploit.

When it comes to puzzle skills, lots of real life scenarios can be applicable. Got a friend who loves scrabble? That’s your anagram guy. Are you good friends with a math major? Bring ‘em aboard! We weren’t kidding about the 6th grade math skills. Trust us. You want them. Are you acquainted with anyone who likes jigsaw puzzles? Your grandmother, perhaps? Bring her on down! You never know what you might have to put together in an escape room.

Avoid the over-thinkers, the worry-warts, and people who don’t know how to share (only children, we are looking at you), but most of all, the fun squashers. Those are the people who are going to slow you down. You don’t want someone who, every five minutes, tells you that five minutes has passed. You do not want to play with people who aren’t going to listen to your ideas, or grab things out of your hands. Puzzle hogs are the worst, I don’t care HOW good you are. Avoid playing with complainers or those who blame others. If you lose, you’ll likely not want to listen to them! Over-thinkers will steer you in the exact wrong direction. Puzzles will be intricate, but they are meant to be clever, not complicated. Some minds tend to work harder than they need to. At the end of the day, this is a fun challenge with an emphasis on the fun part.

Book your game and set up up the meeting time

Without naming names (Jason), there are always team members who are going to show up late. There’s always that guy. When we organize our team to play a game, we like to tell everyone to meet up at least half an hour before we really need to be there. Better safe than sorry.

Fill out the waiver beforehand

Everyone who visits Trapology Boston has to sign a waiver for safety reasons, and you can do it on our website right when you book. It saves time on the day of and helps get everyone into the game as quickly as possible!

There’s nothing worse than trying to escape a room than playing on an empty stomach. Ok. There are probably a couple things worse, but this is pretty bad. We usually like to all go out for breakfast or lunch. Then, after we escape (or not), we can go out for pizza and desserts to celebrate (or drown our sorrows in sugar).

Pump each other up

Before every game, we all look at each other straight in the eyes, and say things like, “This game is a joke. You are the MAN” or “JUST DO IT.”  All of us want to get energized, and there is no better way to achieve that than doing some good old fashioned yelling. We also listen to the song “Pump up the Jam” on repeat, it’s our favorite hype song.

Since we have played so many games together, we know everyone’s strong suit. Tina is “the big picture”; she can oversee everyone’s puzzles and be the fresh eyes if someone needs it. If there’s math to be done, that’s all Nicole. Carolina is the best at physical puzzles. Micha has logic puzzles on lock. Together we form…the powerpuff..wait, no. We are just a good team.

Favorite Games to Play During Quarantine
Scroll to top