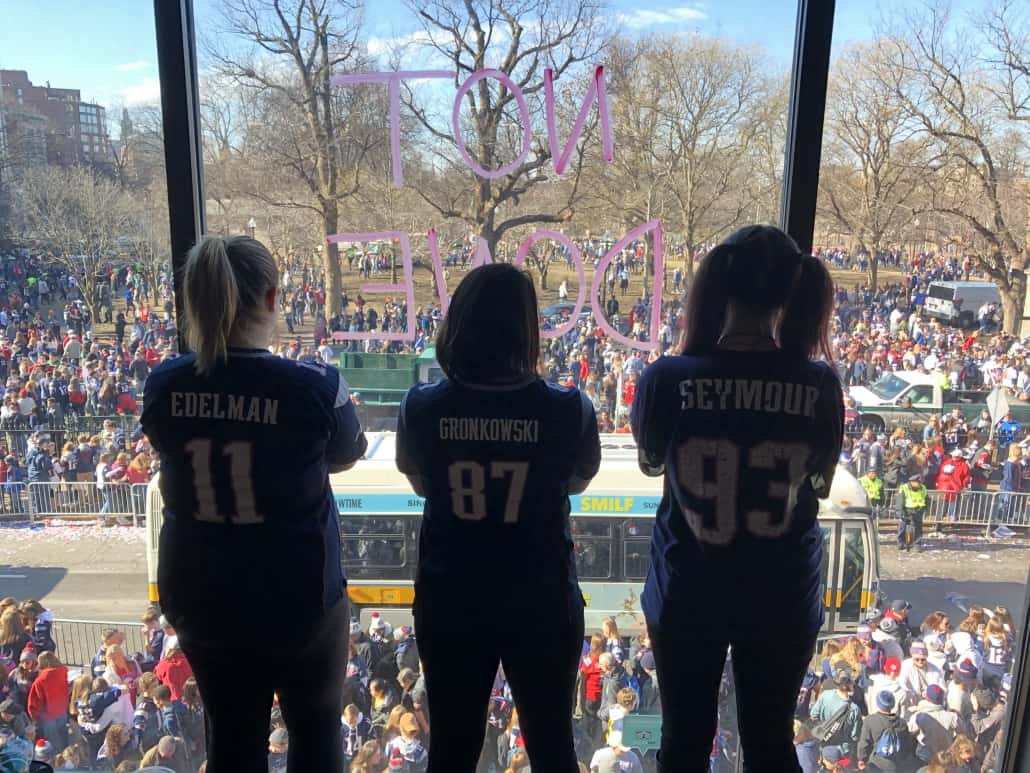 Trapology’s view of the Patriots Parade!

There are so many reasons why Trapology loves being located right across from the Boston Common. The best one? Having a perfect view for the Patriots Parade! We were so overjoyed by the Patriots’ Superbowl win and wanted to spread the joy!

Our staff spent the night before prepping some signs for the players and fans to see on their way by the parade. A giant “WE’RE STILL HERE” sign dropped from our 5th-floor windows after being strategically hung by the staff.  After a couple years of being here, we’re lucky enough to watch so many parades from our window. We’re getting pretttttty good at banner making, hanging, and throwing swag.

FUN FACT: Devin McCourty, Logan Ryan, and Duron Harmon visited Trapology to play a game before their last Super Bowl win. We don’t want to say that we’re the best way to team build, but I think the evidence speaks for itself :] 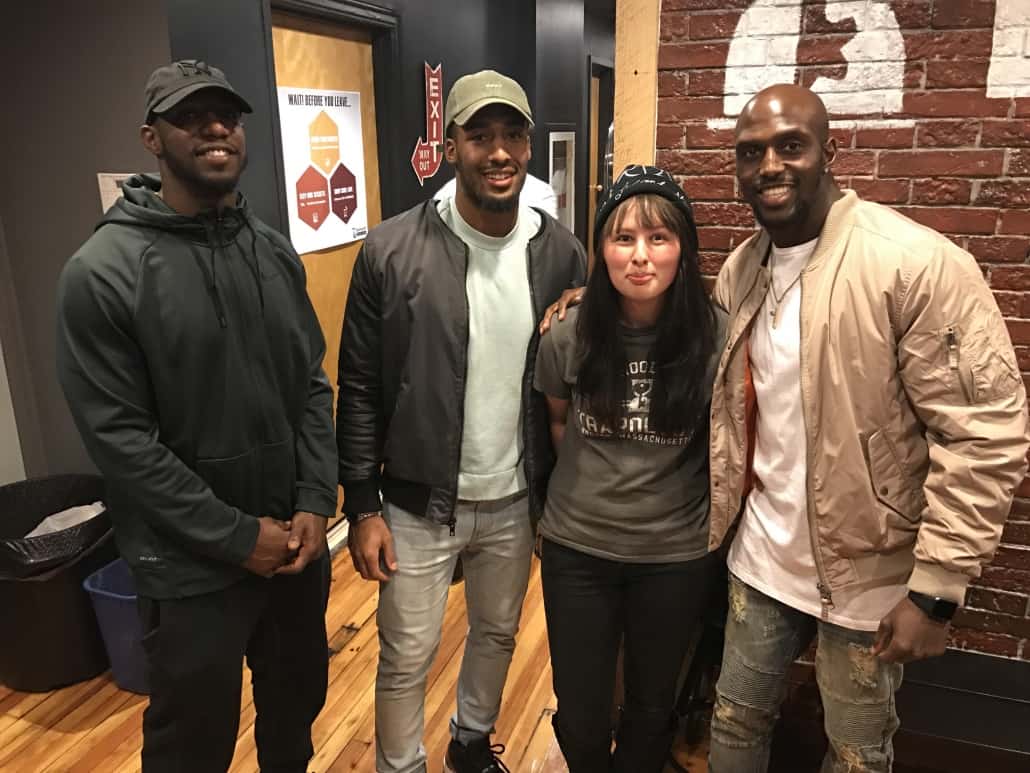 Want to relive some moments from that day?

Check out the video below taken from our Instagram: we captured a behind the scenes look at how Trapology celebrated and got involved with the Patriots Parade!

Where did you watch the parade from today?! 🏈 This is our view from the 2nd floor TrapLobby and a peek inside typical Trapology Parade Shenanigans! #untrappable